Dr. Timothy LeeBurton, a hand surgeon, outlines a great surgery for arthritis at the base of the thumb.

What is one of the most common places to get arthritis?

The most common arthritis that people are dealing with and living with too long is arthritis at the base of the thumb. That’s one of the most common locations of arthritis in the entire body, and people aren’t aware of it. And even if they are aware that there is arthritis there, they’re not aware that there’s something that can be done for it. We can go through the over-the-counter medications and you can talk about cortisone injections, but there is a great surgery that could be done for arthritis at the base of the thumb.

What does this surgery entail?

What can a patient expect after a surgery like this?

It’s hard to predict what a person’s long-term mobility will be. Pain is relieved very quickly. I usually see people back in the office two weeks after surgery and at that visit I hear this phrase the most: “I should have done this a long time ago.” And they are only two weeks into the whole thing. As it pertains to range of motion, the way I described it to patients is I can’t predict what your range of motion will be six months or three months after surgery, but I can tell you you’ll be able to get back to doing everything you were able to do before surgery with less or no pain. 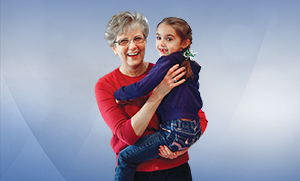 Our orthopedic surgeons use the latest technology to treat conditions of the knee, hip, and shoulder and elbow.
Search The Memorial Network
COVID-19 Information