What is your position at Belleville East High School?

I am the assistant athletic director and an assistant football coach. I also teach psychology there.

What is Dr. Michael Hughes’ role at Belleville East?

When did you first meet Dr. Hughes?

It was in our first home football game. It was kind of bittersweet because we had a team doc who I really liked who I thought was a good guy for our team and always got our athletes back on the field pretty quick, and so I was a little leery. I was a little skeptical of having a new doctor. Then I met him, got to talk to him, and saw how he treated our kids. He was very personable and active. He didn’t just stand back on the side and just take it all in. He was part of the game actually, and my opinion of him just flew through the roof. He was outstanding. It’s been a great relationship. He exceeded in my mind what I thought our new team doc would be, and it’s been great ever since.

The kids really like him. They think he’s a good guy. The biggest thing is they want to play. They don’t want to sit on the sidelines, and they know that Doc Hughes is going to get them on the field as long as it’s not going to hurt them, and they respect that. So what he says goes. They know that just because he sees them, they’re not going to have to sit out, and so they like that.

How does Dr. Hughes show he has the athletes’ best interests at heart?

He wants to make sure the kids are healthy. He doesn’t want them to damage themselves to a point where it may have lasting effects. He’s really good. I’ve noticed he’s really good about if he doesn’t think a kid can injure himself more or do damage himself that the kid’s going to be able to go back in. If it’s something where he thinks the kid could possibly injure himself more, become worse, then he’s not going to let that happen. I think that’s probably his number one thing is he wants the kids to play but only to a certain point.

If an injury occurs, how quickly can an athlete be seen by Dr. Hughes?

It’s unbelievable the relationship between our athletic trainer and Dr. Hughes’ office. It’s not beyond where we have an athlete maybe who hurts himself on a Wednesday night at practice, and our trainer will call, make a text, and we have an appointment Thursday morning to get him to see Doc Hughes. It’s just amazing how fast our athletes get in to see them, and as a coach or assistant athletic director, that’s amazing. Sometimes you hear horror stories from other teams where their kids can’t get in to the doctor for three or four days, which means they can’t practice. They can’t do anything. We have pretty much a decision from a doctor the next morning whether it be to hold the kid out or he’s good to go for now with limited participation.

Can you share a story about Dr. Hughes helping an athlete?

We had an injury on an opponent, and it was pretty severe. It looked like the kid lost consciousness, and we had to end up spine boarding him. Doc Hughes was right there in the middle of it, of course. He was unbelievable. He was calm where most people are a little freaked out when that happens. You see an unconscious player and the spine board, an ambulance, and everything. He was very calm and reassuring. I remember getting a report in our office from the parents of the young man a few days later saying just how much they appreciated our training staff and the doctor being there, and how great they were at handling the situation.

What is Dr. Hughes’ role on your team?

He’s probably one of the more important members. He doesn’t score touchdowns for us or anything like that, but by him seeing our athletes if they’re injured and getting them back to play as fast as he does, that’s important for the success of our team. So he’s every bit as much of a part of our team as any one of our athletes. 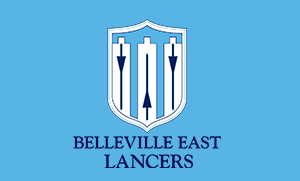 “Belleville East is proud to have Memorial Hospital as a partner in the care of its student athletes.” 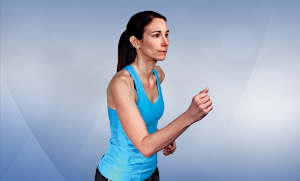 For all non-surgical conditions, patients are seen at one place. Consistent care in one location.
Search The Memorial Network
COVID-19 Information